Lyon: the history of Confluence district

The Confluence district is almost the new district of Lyon. And it is also the one we know less. We are going to explain to you the history of the south of the Peninsula.

The Confluence district goes from Perrache train station to the Confluence Museum, where the Rhône and the Saône meet each other. Our team make you discover the district thanks to our Segway tour or e-bike tour. Don’t be fooled by appearances: despite its contemporary architecture, the confluence district is a former industrial area. We are going to tell you everything below.

At the origin of the Confluence

Back in the 12th century, Lyon was very different ! Ainay disctrict was the end of Lyon and there were fortifications to indicated the end of the city. Behind these ramparts, you could see the confluence between the two rivers: Rhône and Saône, as well as several islands.

At the end of the 18th century, Antoine Michel Perrache proposed his idea to extend Lyon to the south. His project consisted in draining the arms of the Rhône in order to be able to link all the islands and make it one single piece of land. His idea was approved in 1771 by the king, Louis XV. As you can imagine, the construction was going to be huge ! When Perrache died in 1779, only a small part of his project was completed. A few years later, the Perrache’s company was in debt. The company asked to the King some money to be able to continue the construction, but the French Revolution did not allow them to have finances. In 1806, the Ciy decided to buy the land from the company in order to give them to Napoleon I  so that he could build an imperial palace. The fall of the empire destroyed the last hopes.

An area under construction

The work started back in 1826. The mayor of Lyon, Jean de Lacroix Laval, wanted/wished to “dedicate the land of the Perrache peninsula to industrial establishments or factories” [devote to industrial or manufacturing establishments, […] all the land of the Perrache peninsula].” One of the only industries in Lyon at that time was the silk industry. The Mayor of Lyon, in order to preserve a beautiful city center, decided to install various industries on this new land such as the train station [railway station], metallurgical [metal ?] workshops, chemical and gas factories, jails, slaughterhouses, etc… This district was held in very low esteem by the people of Lyon for years. Except for workers, no one wanted got there.

The confluence of today 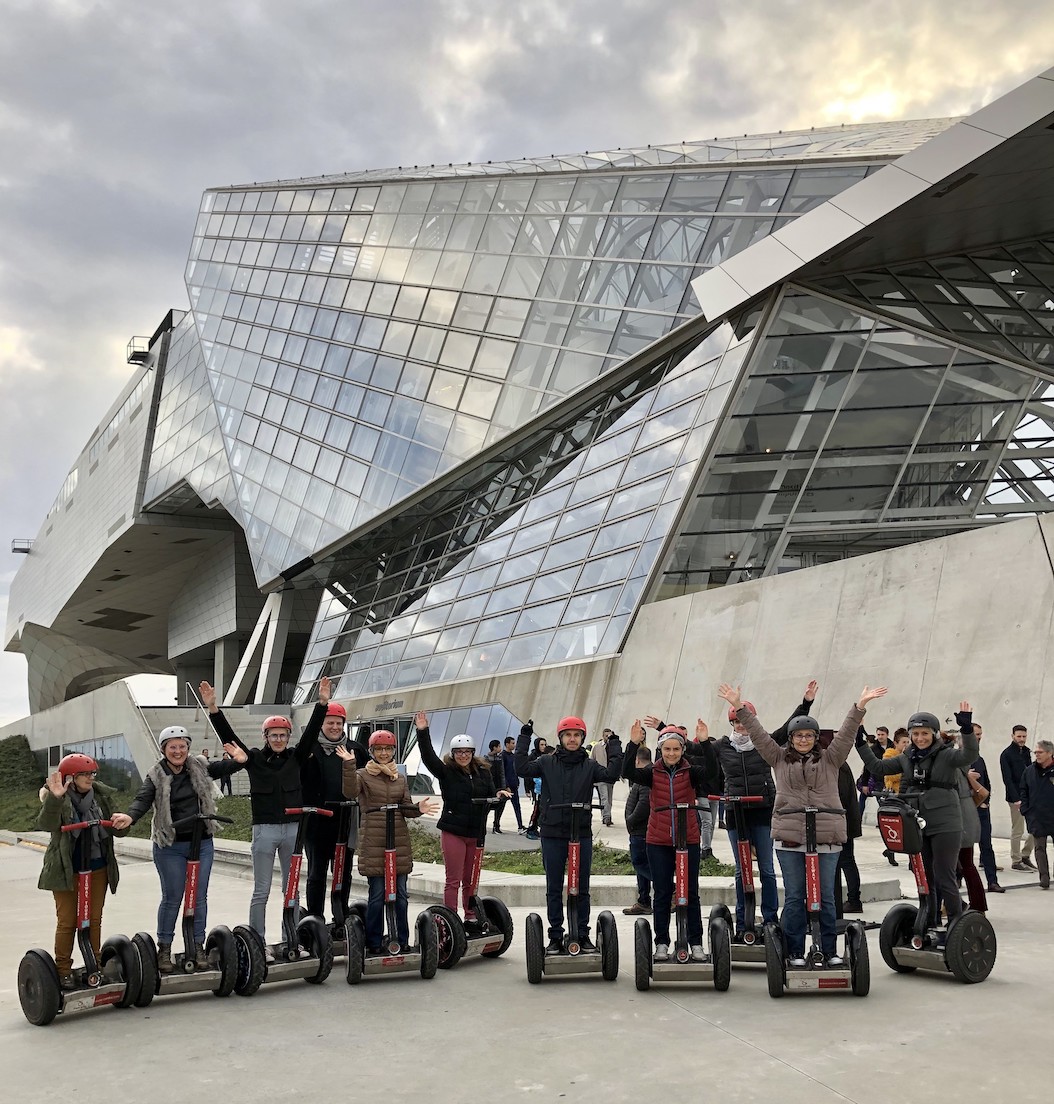 Today, this neighborhood has changed a lot! In the 90’s, Raymond Barre (Mayor of Lyon) initiated the renovation of the area. His aim was to double the size of the city center in response to the population increase. This district of the Confluence is dear to the ComhiC team because it shares our love for ecology and the environment. The city of Lyon has decided to create a smart neighbourhood with the environment at the center of their concern: High Environmental Quality buildings, district heating network, establishment of natural areas (small park), use of recycle materials, rainwater collection, renewable energy production…

Confluence is becoming more and more attractive and it’s not over! We need to wait until 2025 to see the district completely finished. But don’t wait to discover this beautiful area with us, book your tour now !