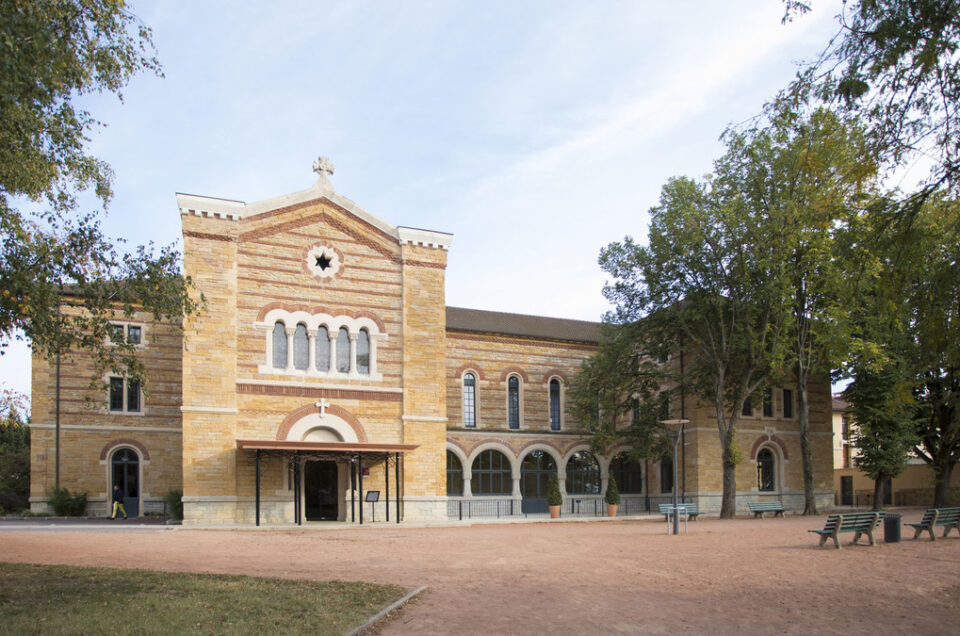 The Fourvière hotel is a former convent completely renovated. It has an ideal location on the top of Fourvière hill overlooking the beautiful city of Lyon. The hotel is close to the Gallo-Roman Theatres, the Basilica of Fourvière and the old town.

Are you staying at Fourvière Hotel and looking for an activity to do? You can do a Segway tour or an ebike tour to discover Lyon like you never imagine ! We offer privatized departures from the hotel. For bookings, please contact us by email at resa@comhic.com or by phone on +33607330765.

History of the Convent of the Visitation

The Order of the Visitation of Holy Mary was created by Saint Francis de Sales and Saint Jane de Chantal, in 1610, in Annecy. The sisters were not destined to remain cloistered in a monastery; they were free to go out to visit and take care of the poor and sick. As the order grew, three new monasteries were created in Lyon. But at the end of the French Revolution, the establishments were closed. Napoleon will restore the order later.

The Visitandines sisters returned to settle in Lyon, specifically in Croix Rousse, in 1839. But the silk workers revolutions disturbed the peacefulness of the nuns. They were looking for a new place that will be a little more isolated from the city center.  The Visitation sisters acquired a piece of land on Fourvière Hill in 1856. The Visitandines called Pierre Marie Bossan (the architect of the Basilica of Fourvière) whose sister had entered the orders in 1852. The architect will build a monastery at a lower cost. The monastery was extended in 1882.

In 1965, the Visitandines faced major economic crisis and decided to sell their land to the city of Lyon. Five years later, the city leased the property to the Hospices Civils de Lyon. They will set up their archives and make significant changes to the organization of the building. The building was sold and acquired in 2011 by the èHotel-Lyon group.

Renovation of the convent

The Fourvière Hotel opens its doors in 2015. The building has been renovated but they kept the essence of the former convent. For exemple, the old chapel used by the Visitation sisters is now the reception of the hotel.

It has 75 rooms and suites. Each room represents a famous character who contributed to making Lyon the city that we know.  Among them: Joseph Marie Jacquard (the one who mechanized the weaving looms), Laurent Mourguet (inventor of the Guignol puppet), Pierre Marie Bossan (architect of this hotel and the Fourvière Basilica), Louis and Auguste Lumière (inventors of cinema), Saint Exupéry (aviator and writer of The Little Prince)…

Moreover, the hotel has some nice restaurants and bars. Located in the cloister, you will find the restaurant “Les Téléphones” which proposes a bistronomic cuisine, and also a “bouchon”, a typical restaurant of Lyon, where you can taste the traditional cuisine. If you just want to have a drink, you can relax at the “Kfé” to drink a coffee, or take a glass of wine in the bar “Les collections”.