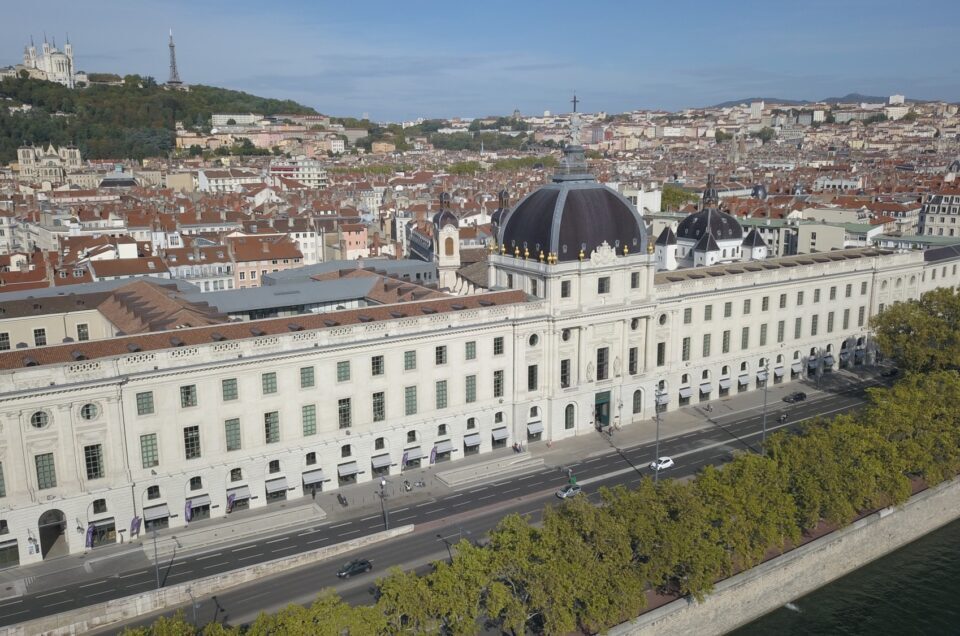 At the end of the 12th century, the Bridge-Building brotherhood erected the first bridge over the Rhône river and a hospital (the Rosne Bridge Hospital later called Hôtel-Dieu) for the purpose of facilitating the traffic of pilgrims and travellers. The construction of a hospital near the bridge was intended to welcome the poor, pilgrims and travellers in need of possible care.

Over time, the city grew and the number of sicks and poors multiplied within the hospital. Unfortunately, the property fell into ruin. The religious order in charge of the hospital at that time decided to sell the building to the city of Lyon.

1741 – renovation by the famous architect Soufflot

The reputation of the Hôtel-Dieu is such that the number of sick people is increasing day by day. Therefore, it was urgent to extend the hospital! The city called a famous french architect, Jacques-Germain Soufflot, to make the extension of the building. Soufflot designs the plan but he was called by the King do to another project, so he put the construction in his students hands. However, he would later be annoyed because his students didn’t follow his plan (especially in terms of the size of the dome).

1944 – destruction of the dome during the World War II

On the eve of Lyon’s liberation, the German army destroyed almost all of Lyon’s bridges. The Guillotière bridge (the one build by the brotherhood) is no exception. During the bombings, the beautiful dome of the Hôtel-Dieu was hit and destroyed entirely. The facade of the building remained without the dome until the end of the 60’s.

The closing down of the hospital was no surprise to anyone. Unsanitary, unsuitable for modern medicine and the construction of new hospitals led to the closure of this building. The Hôtel-Dieu has been restored for several years. In 2018, the Grand Hôtel-Dieu was inaugurated with great pomp! Today, the building welcomes a luxury hotel (Intercontinental), a shopping center, offices as well as the City of Gastronomy.

Are you staying at the Grand Hôtel-Dieu and looking for an activity to do?

And if you let yourself be tempted by a Segway tour or eBike tour ! We can offer you a private ride of your choice from your hotel !